The 7 worst things every writer hates to hear (and sadly, quite often does! All the time!)

Home/The 7 worst things every writer hates to hear (and sadly, quite often does! All the time!)

The 7 worst things every writer hates to hear (and sadly, quite often does! All the time!)

I can pretty much guarantee that every writer and aspiring writer has heard at least one of these phrases at some point during their writing life. Normally, when they tell someone who isn’t a writer that they’re writing a novel (or short story, or whatever takes their fancy). How many have you heard?

1. You should get a proper job

I’m putting this first because it is the most rude, unsupportive thing you can say to a writer in the history of the world. Ever. I mean, do I come to your place of work and tell you how to sweep up? No, I don’t. So don’t go telling me that what I’m doing isn’t a proper job.

This comment nearly always comes from jealousy over the fact that you’re doing your dream job (either full or part time) or that you’re daring to try and achieve it.

My advice when you get asked this question? Slap them around the face and walk off. (Maybe don’t literally slap them unless you want an assault charge, but you get the idea!)

People who write books do it because they love to write. Because we can’t help but feel the need to get words on paper and these damned characters and stories out of our heads. Let’s not even speak about money, shall we?

And ask me if I’m rich and I will literally punch you in the balls.

Me too, pal! Me too! I’m lucky enough to write full-time now but for a long time it had to fit around work/kids/general life going on.

I know many writers who hold down full-time jobs and look after their families and write when they can. It might be fifteen minutes in the car while waiting to get the kids from school, or on the commute to work, or in the evenings. The difference between writers and those who want to be a writer is effort. You just have to find the time and put in the work.

4. How did you manage that?

Like it’s totally impossible to think that I could A) string that many words together and B) be capable of achieving something so monumental. Cheers. No really, thanks.

If only they knew about the rejections, the tears, the hours spent editing and second guessing. The shelved manuscripts and story idea that didn’t make it past a thousand words.

To be fair, it isn’t something you expect to be told when you’re in the dog park discussing working from home and ask what someone does for a living, but still. You don’t need to look so shocked that just because I’m carrying a bag of dog poo, I’m incapable of writing more than my name.

It’s also about being brave which every writer and aspiring writer who has ever written a word is.

Ummm…where the heck did you get that idea from?

There seems to be this impression that doing your dream job means you have a dream lifestyle too. I’m talking cleaner, chef, personal trainer. Or that I have more time in the day than you.

Between the kids, the house, the dogs, the washing, and deadlines, I’m constantly working against the clock. Now don’t get me wrong, every day I take a moment to appreciate how lucky I am to do this for a living, but I do put the hours in. I’m not swanning around in a silk dressing gown sipping martinis at ten o’clock in the morning!

6.Why haven’t I heard of you then?

Also, there are millions of books published every year and not everyone gets to be J K Rowling.

7. Can you read my poem/novel/story?

Once I was having my oven cleaned because it was literally about to come to life (it was just after we moved in so don’t blame me) and I was chatting away to the guy when we got onto the subject of writing. I was just about to have my debut published and he told me he was in a writing group.

I thought we were about to have a lovely discussion about craft and instead he pulls out his phone and asks if he can read me a poem. I didn’t really have any choice but to say yes (though I did edge a little closer to the front door) and he goes on to recite me a poem about his dead dog. His dead dog!

A lot of the time when people ask you this, they just want you to tell them how fabulous they are and believe me, it’s quite difficult to find the right words to praise a poem about a beloved pet pooch.

And as a bonus…

8. Ebooks aren’t real books though, are they? They’re easy to get published.

*Grits teeth and rolls up sleeves*

I don’t really know where this idea has come from but getting a digital first book deal is still a book deal and there’s nothing less about it. The world has changed. Technology has changed and publishing has changed.

Ebooks are not second best!

So tell me, how many had you heard? Do you have any to add to this list? Let me know in the comments below! 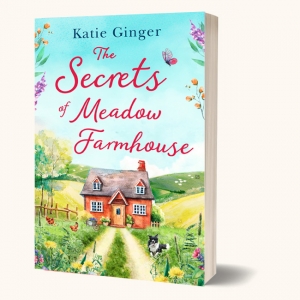