Last year was my first year of being pretty much a full time writer and it shot by in a flash. I had some short stories published, which was awesome and I’ve had some requests from publishers for my manuscript, which is equally awesome (I’m still waiting to hear but will update you when I do!). On reflection I consider it to be pretty successful but I want to keep going as a writer and that means being focused and organised.

As the new year is all about setting goals, I decided I would too. We all know it’s important to set manageable goals and ones that have real meaning. In professional terms, they’re normally called SMART goals which stands for:

And while this can seem a bit over the top, I think it’s a great way of setting yourself up to succeed. There’s no point in setting myself the goal of definitely securing a book deal because so much of it is beyond my control. I can however, set the goal of sending out my novel to X many publishers, or making the decision to self-publish. By giving myself the time limit of, let’s say, June, I’ve made it much more specific and timely.

I’ve also decided I want to target women’s fiction magazines with short stories this year, rather than mystery ones I did last year. I then broke this down further and gave myself the first week of January to research and the rest of January to have one written and polished up ready to send off. For some of the publishers, you have to send them via post and the response time is quite long, so with that in mind, I’ve decided to prioritise this for the start of year so I should hear back before the end of the year. See, super organised and sensible! Go me.

But let’s be honest, setting goals is the easy part! The next thing is to find a way to stay focussed. For me, it’s the same with my writing as it is my workouts – new gear always invigorates me. I was lucky enough to be given some beautiful new stationary for Christmas and so I’m looking forward to using that to plan my stories.

Whatever it takes to get you motivated to write do it! The reason I took the plunge into writing was because I lost my 26 year old cousin to cancer. I’m sure that if he were given his time on this planet again he would take every opportunity that came his way. If we knew how much time we had left we wouldn’t waste it being scared or fearing other people’s opinions. If you want to write, WRITE! The worst that can happen is that you’re not very good to start with and everyone is like that. It takes time to learn the craft and even bestselling authors are learning as they go! And remember, that novel you read last night has been through a lot of re-writes to get it into that state. I’m sure the first draft wasn’t quite like that. 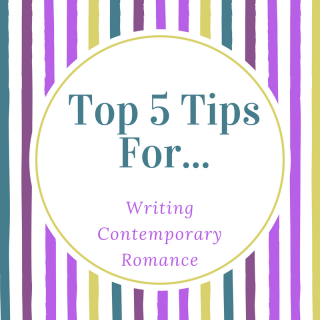