Thanks for inviting me over to your blog, Katie. With the UK now in lockdown and Spain (where I now live) heading that way again it made me wonder if anyone else did a lockdown list, things they wanted to do to keep them busy and their minds off the crazy things that was going on in the world, and whether they achieved it.

In Spain, lockdown started in the middle of March, we weren’t allowed to leave our homes unless it was totally necessary and had to wear masks in public, and gloves when shopping with staff standing in the doorways of the supermarkets/shops to ensure that no one flouted the rules. Police frequently pulled cars over to check where they were going, demanding receipts to ensure it was a necessary journey, only one person was allowed per car and per shopping trip. As my husband, Dave, is a more confident driver than me he did the weekly shop which meant that I didn’t go out of our gates for two months. So I had lots of hours to fill and to pass the time I decided that I would:

Did I keep up all three? Yes for the first few weeks but gradually I let the other two go as I became more and more obsessed with writing – and rewriting – the book. I met my deadline, so that was one thing achieved. And I now know the difference between asking for ice and whisky in Spanish but the exercises went completely by the wayside and the flat tummy is still a dream.

Thank you so much, Karen! I love a sneak peak into others lockdown life. Karen King is the author of Stranger in my Bed…

‘We have a patient who has been involved in a serious accident. We believe he’s your husband.’

When Freya first met Phil, she thought he was the man of her dreams. He bought her roses every week, booked surprise trips to sun-soaked destinations, and showed her affection like she’d never experienced before. But over time the dream had become a violent nightmare. And now Freya is packing her bags, knowing it’s time she escaped their increasingly broken marriage.

But then Freya gets a visit from the police. Phil’s been in a horrific car crash and – as he comes around – it becomes clear that he remembers nothing since their blissful honeymoon two years before, back when their relationship was perfect. All he wants is to be happily married again.

Freya knows giving him another chance could be dangerous. But now he’s the one who needs her, it’s a chance to turn the tables, and to change the outcome of their relationship once and for all. After all, he will only know what she chooses to tell him…

But what really happened during those two years of marriage? And as they start over again, who is safe? And whose life is in danger?

Fans of The Girl on the Train, Behind Closed Doors and Date Night who are looking for a dark, gripping psychological thriller, with a final twist that will leave their jaw on the floor, will love The Stranger in My Bed.

Karen King was born in Birmingham and has always enjoyed reading and writing. She’s been published for over thirty years, in a variety of genres for both children and adults. She loves writing about the complexities of relationships. She is published by Bookouture and Headline. Her first three books for Bookouture were romances where relationships came right, she has turned to the darker side of relationships for her next two books, writing two psychological thrillers about relationships that go badly wrong. Karen now lives in Spain where she loves to spend her non-writing time exploring the quaint local towns with her husband, Dave, when she isn’t sunbathing or swimming in the pool, that is. 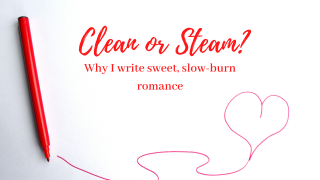 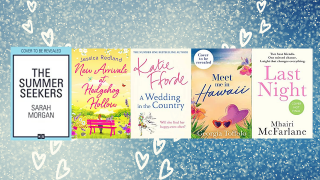