This week on the blog I’ve got a fabulous blog post from the amazing Kitty Wilson. I’m sure you, like me, are a huge Kitty fan and today she’s talking about the inspiration behind her latest book Every Day in December. Over to you, Kitty! 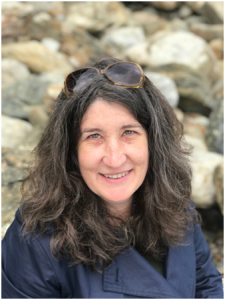 Hello and thank you so much, Katie, for letting me pop by. I was recently asked to sum up my inspiration for my brand-new romantic comedy, Every Day In December, in a couple of lines and it made my brain tick over. Authors are often asked about their inspiration, and it is a question I have answered many times about my Cornish Village School series (I lived in Cornwall, was single and taught in a primary school so at the beginning it was very much write what you know) but I realised that with this book there were so many different points of inspiration and that the novel became a culmination of things I feel strongly about or am intrigued by, all gathered up together, each one a key factor in shaping it. And I thought I would share them with you.

Belle Wilde is my heroine in this story, I wanted to write about a character that doesn’t seamlessly fit into society, that has always been a little bit on the periphery, that has a history of making really rubbish decisions but with the best intentions and thus Belle was born. I have been wanting to write about her for a little while but she was too messy and dysfunctional to put in The Cornish Village School series and I really wanted her to have her own book rather than be a side character.

Then came ruminations on the what-ifs of life. I wondered what would have happened to Belle had she made different romantic decisions. I pictured her looking across her seminar at University and seeing the guy that handed his work in on time, and cherished his girlfriends and wondering what would happen if she dated him rather than the one with the biggest sound system and the awesome parties. I imagine at that age she would have dismissed him as dull, which led me to the fact that people are rarely exactly as they seem. If Belle saw him as dull then he may have considered her to be some kind of wild, confident hedonist born with every life chance. Thus, a kernel of an idea was born and I found I wanted to turn these assumptions on their head, make the hero realise that despite his more humble beginnings he was the one with a far richer childhood, make Belle realise that reliable, respectful and caring were traits that should be dated not veered away from. Little by little the themes were formed and the book – whilst remaining very light-hearted and feelgood – became about perceptions and assumptions, and Rory and Belle very much became about control versus chaos and whether these two could ever make a match.

With my two characters – their conflicts and their growth – shaped I needed to decide on a setting and that was easy, it was always going to be Bristol. I like to write about where I live, where I have knowledge of and I had recently moved here. One of the things I loved writing about in the Cornish Village School was community, and it’s something that is very important to me, so I wanted to base this book in an urban setting and see if I could weave a strong sense of community through whilst paying tribute, in my own way, to a city that I love.

Then comes the self-indulgent bits, I love writing Christmas books so wanted to set it around Christmas and I realised that if I made each chapter a day in the month of December, that would indulge my love for planning and surely make it simple to write. My goodness, was I wrong! Condensing a whole day’s actions into one chapter of about 2,500 words was so hard, so hard! I am used to being able to use multiple chapters to capture and heighten specific dramatic incidents, but in this book and with this format I didn’t have that luxury. I have since asked friends to lock me in a cupboard and confiscate my laptop should I ever try again, and I stand by that.

More self-indulgence came as I needed Belle to have a passion, something that would undermine the notion that she had no real focus or drive and I realised – and this is probably a bit naughty – that as I have such a raging passion for Shakespeare I could give that to her, which would have the additional advantage of giving me absolute joy as I researched the book and could happily lose myself in Elizabethan and Jacobean history for hours at a time and call it work.

I enjoy writing light-hearted, escapist romances, and as well as the will-they-won’t-they moments I really enjoy fabricating the humorous moments. Dreaming up the supporting cast and then making them behave badly is one of my favourite bits of writing and is very much a part of this book. But I also like the realities of life to underpin my fiction, for all their feelgood nature. I think it’s important to weave in things that reminds and reassures people that they are not alone with the battles they are fighting. I have touched on things in my previous novels that have impacted my life and this one is no different. However, this one was more sensitive than anything else I have written because in it, Rory’s mum, Alison (who is responsible for a lot of the humour), has been diagnosed with breast cancer. I was wary of writing this because it impacts so many lives and I didn’t want to get it wrong. One of my closest friends, and the person whom I dedicated the book to, had recently reached her five-year recovery mark and I wanted to pay homage to her and how special she is to me so I used her story of survival to be as authentic as I could.

So, the inspiration of Every Day In December came from many places, many things I wanted to write about and I found a way to squeeze them all into one book. I had so much fun writing it and giggled my way through the best part of a year, so I really hope that the ideas I had and the book I have written gives as much pleasure to readers as it did me writing it.

Thank you so much for having me. All love, Kitty x 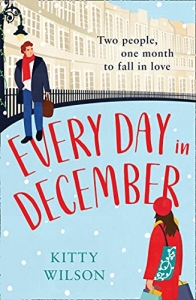 Doesn’t this sound absolutely fab! Thank you so much, Kitty for joining us and I can’t wait to dive into your fabulous book! If you’d like to as well you can pick it up from Amazon or ask for it in your local indie bookstore.

Don’t forget to sign up to my mailing list if you’d love a FREE short story and a sneaky look at the first chapter of The Perfect Christmas Gift my heartwarming Christmas romance out in October!