This month’s word is: COLLYWOBBLES!

An uncomfortable feeling in the stomach caused by feelings of nervousness or slight fear. 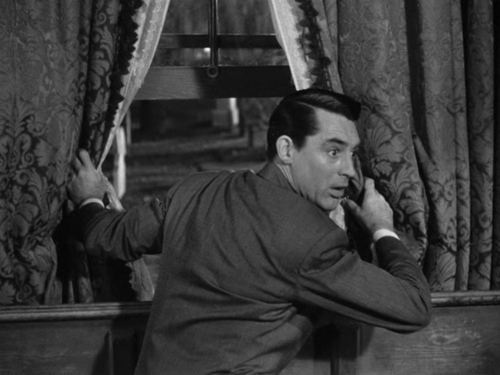 The Cambridge online dictionary defines the collywobbles as basically akin to a stomach bug, or irritable bowel syndrome! It’s a fun way of describing nerves or apprehension, as depicted above by Cary Grant in the amazing film, Arsenic and Old Lace. But has anyone heard this word used in the last, I don’t know, twenty years?

Me neither. And I’m pretty sure it’s time for a revival. My challenge to you, dear reader, is to use this word at least once this week. Let me know in the comments if you managed it and what the sentence was!

I don’t particularly enjoy getting the collywobbles but I love the word because it’s so sweet and gentle. It makes your tongue roll around your mouth as you say it like it’s scratching an itch.

Then there’s the 1950’s feel it carries. I’m currently writing a cosy mystery set in the 1950’s and will definitely get it in somewhere. Perhaps my main character can have the collywobbles after meeting the love interest, or after discovering the first body?

As the collywobbles jiggle in my stomach, let me know if you’re able to use it this week, or tell me what your favourite and forgotten words are.