Once upon a time, twelve women joined the hottest reality TV show looking for love. Except one had a secret identity . . .

Abby Jones is a serious writer. Or at least she will be, one day. Right now, she spends her time writing recaps of reality television under a secret identity.

When a recap for The Stag – the must-watch dating show – goes viral, her editor thinks she should be on set, writing the drama as it happens. The good news: the next season will be filmed in Sydney. Sun, sea and a glamorous trip abroad, this could be Abby’s big break.

The bad news: the producers don’t just want Abby to write the recaps, they want her to be on the show. Abby can’t think of anything worse than being undercover and followed around by cameras. But her career depends on it, and when she meets gorgeous producer Jack, Abby begins to wonder if this job might not be so bad after all . . .

I’m so excited to take part in Sandy’s cover reveal for her next romantic comedy, The Dating Game!

First of all, isn’t this cover gorgeous! I just love the bright eye-catching blue.

Lucky for me, I was given an advanced copy to read and oh my days, is it good! I won’t give too much away, but the plot is original and fun, and the writing, top notch. In fact, I think this is Sandy’s best yet!

Make sure you pre-order your copy here: https://amzn.to/3Adaq5L. 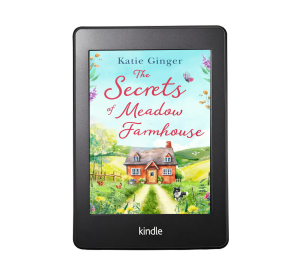