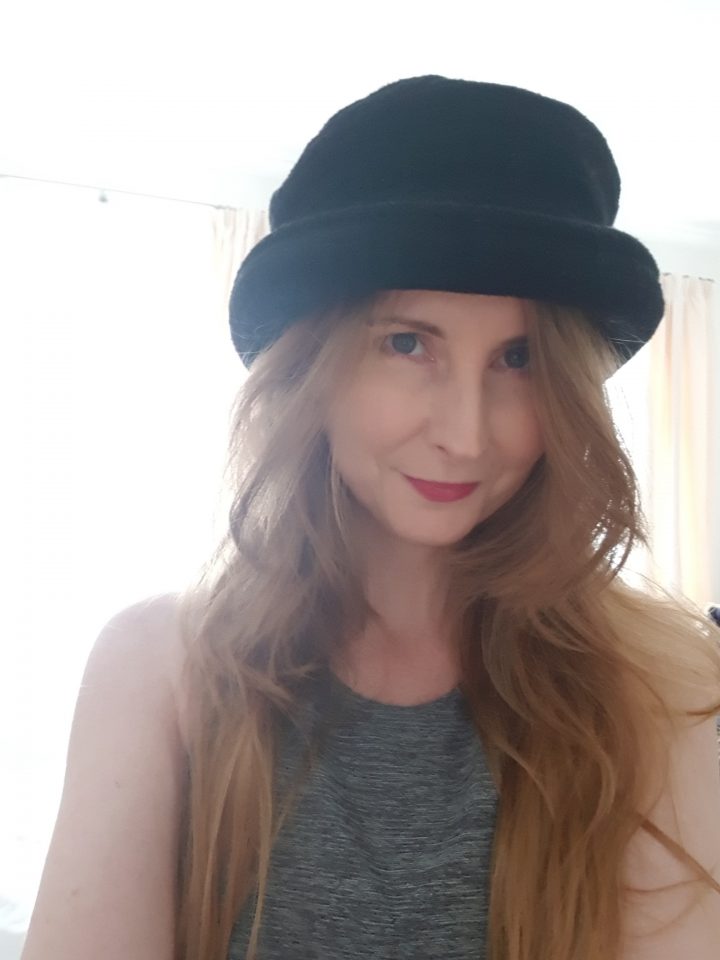 I’m really excited to bring you guys an interview with the fab Maxine Morrey today. She’s ana amazing writer and all around lovely so let’s dive straight in!

Hi Katie, I hope you’re well. Thanks so much for having me on the blog.

Right. So, introductions! I’m Maxine and I write romcoms and contemporary romances. I’ve also had articles on a wide variety of subjects published along with a book of ghost walks to take in Brighton. If any of your readers enjoy a spook tale, then they should check that out. Even if you don’t do the walks, the stories around them are interesting and mysterious! However, novels are definitely my favourite thing to write.

My 7th novel, ‘Coming Home to Wishington Bay’ is released on the 1st May in ebook and audio form with the paperback coming in July. It’s set in a fictional seaside village (where I have decided I’d really like to live!) and follows high flying Holly who’s been avoiding the task of sorting out the house she inherited a year previously from her beloved grandmother. When a situation forces her hand, her plan is to just go in, get it done and go back to London. But Wishington Bay, not to mention a gorgeous, 6’4”, motorbike riding paediatrician, seems to have other ideas.

Holly’s enforced sabbatical sees her returning to Wishington Bay for the summer. She’s hoping to make quick work of it so that she can get back to London, and her real life, as soon as possible. But Wishington Bay has a magical pull and when Dr Gabe McKinley makes a rather dramatic entrance into her life, Holly begins to wonder if her old life is what she really wants…

Somewhere in between I think! My very first book was definitely in pantsing territory but now I find it useful to have a basic plan. When you’re submitting, or writing under contract, you have to have a written synopsis for the editor to read anyway. Like many authors, synopsis writing is not my favourite thing! I tend to write a really long one then pull the most relevant parts out for a shorter submission version. I’ll keep the long one to hand and use that as my basic plan. I don’t always keep to it rigidly and let things develop organically too but it’s useful to have a rough idea of where I’m going.

Being able to do what you love, make a decent living at it and be happy and healthywould be a good starting point I think.

Going further than that, I think we all have those dreams of our books being turned into Hollywood box office smashes and, of course, that would be jolly lovely! But coming down from that cloud for just a moment, continuing to build a readership, producing books that people love and earning a decent salary from it seems like a good aim in the meantime.

Argh! I actually find this really hard! Sometimes I’ll hear a name and scribble it down for later use but generally peruse baby name sites or books and see what jumps out at me, and whether it suits the character. They can be quite fussy about their names, I find, don’t you?

Surnames can be even harder. I’ve borrowed a few in the past from some characters in the series ‘Strike Back’ as I was a fan of the programme.

Lord, no! In the words of Shakespeare’s ‘King Lear’ – ‘O, that way madness lies.’

I’ll tend to try and get away from it completely and go for a walk or up the gym. Just getting out, even for a mooch around the shops, can be a great distraction and enables to brain to get on and do its thing without the pressure of staring at a screen.

Ha! How long is a piece of string? I’ve taken a few months for some, but ‘Winter’s Fairytale’ was written in under one month. When I won Carina’s  ‘Write Christmas’ competition with it, I’d actually only written the first three chapters but when they said they’d need it in by the end of the month, I breezily agreed – as you would!

The current one, ‘Coming Home to Wishington Bay’, also ended up with a very tight deadline due to circumstances beyond my control and the first draft was written in 14 days! I do tend to write quite fast generally, but I really don’t recommend such bonkers deadlines if you can possibly avoid it!

I think spelling is probably one of the easiest parts for me, thankfully. Although I do sometimes trip up on the word ‘hanger’. My husband works in aviation, and I think years of subliminally absorbing the aircraft building spelling means it often pops up in the wrong form when I write.

As for the rest, all I can say is thank goodness for editors. When they come back to you with notes, many of them can seem so obvious that you wonder how you missed those points in the first place!

Honestly, I’m not great with actors and names. I’m one of those people who can look at the cover of a gossip magazine and literally not recognise a single name. Off the top of my head, I could see Philip Winchester slotting quite nicely into the role of Rob in ‘Winter’s Fairytale’. (I did borrow his surname for that character!). Possibly Richard Armitage for Michael in ‘The Christmas Project’, assuming he has a nice, Irish lilt in his acting bag of tricks. Past that though, I’ll have to leave readers to cast their own movies – which is probably more fun anyway!

It’s really all been one heck of a learning curve, and frankly I’m still on it! Picking one subject, I’d probably have to say that learning you’ll never be able to please everyone. When you receive your first not-so-great review, it can be pretty painful and soul destroying. Dealing with reviews is something you have to learn to do quite fast. Whether that’s by developing a skin the thickness of a rhino, having someone else filter them for you, not reading any at all, or just reading those that feature on any blog tours you participate in. (Of course, there’s no guarantee that all the ones on the latter will be good either). However it’s done is up to the individual, but I think finding a healthy way to deal with them is vital.

Usually a bit of both. Initial notes are usually scribbled on a yellow legal pad and then I work out from there on the computer.

Jane Austen. She was writing romcoms centuries before they were a thing, and her brilliant books are still as fresh, insightful and relevant today.

I like to sew, although I don’t get to do it enough. I’m not very good at the whole mindfulness thing so having something like that that I have to concentrate on is the next best thing.

I also like to go to the gym (although I don’t do anything crazy up there!), and, of course, read. I always have a little crossword book in my bag these days, so if my husband and I go for a coffee somewhere, we try and do one or two of these and give our brains a bit of stretch!

Neither. Unless you’re counting fizz!

Fresh chips can be lovely, although I don’t eat them a lot. I can’t be sure I’ve ever even had a curly fry!

I’m very much a species, but I’d probably say Summer for the long evenings.

Home is where the heart is…

Holly doesn’t have time for a holiday this year. But when her job threatens to send her over the brink, her boss insists she take a sabbatical. So she packs her bags and escapes to her beloved grandmother Gigi’s house on Wishington Bay, which has sat empty since Gigi passed away.

But Holly’s dreams of a coastal escape take an unexpected turn. Holly didn’t expect to spend time with any man this summer – let alone an Aussie Adonis…but when she meets her next door neighbour Gabe and his little dog Bryan, it’s clear her quiet summer of strolling along the sand and wandering through the seaside village’s tiny streets on her own will come with a hefty dose of distraction.

With a summer to fill and Gigi’s wonderful and surprising house to sort through, Holly knew it would be a summer packed with old memories. She just didn’t expect to make so many new ones…

Coming Home to Wishington Bay is the new gorgeous uplifting rom-com from Maxine Morrey, perfect for fans of Sarah Morgan and Tilly Tennant!

Maxine has wanted to be a writer for as long as she can remember and wrote her first (very short) book for school when she was ten.

As time went by, she continued to write, but ‘normal’ work often got in the way. She has written articles on a variety of subjects, aswell as a local history book on Brighton. However, novels are her first love.

Maxine lives on the south coast of England, and when not wrangling with words loves to read, sew and listen to podcasts. Being a fan of tea and cake, she can (should!) also be found doing something vaguely physical at the gym.

Thank you so much for joining me Maxine! Don’t you want to read her books like, right now! Go go go! https://amzn.to/2ZeIewM