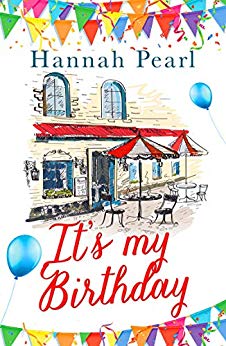 Today we’re welcoming Hannah Pearl to the blog and I can’t wait to chat!

Hi Hannah, tell me a bit about you and your latest work.

I have a few stories coming out this year on the Ruby imprint for Choc Lit so please feel free to pick whichever fits best with your timescales and thanks ever so much for the opportunity!

It’s My Birthday was released 19th March. This story follows Karen as she turns forty. Newly divorced she is dragged to a birthday party that she didn’t really feel ready to join in yet. There she meets Elliot who is also celebrating his 40th on the same day. They fall for each other but they have a lot to overcome because of the almost diametrically opposite life paths they’ve experienced. They seem to want very different things for their future and need to decide if they can overcome their pasts to have a future together.

I have a novella coming out in about May. This is provisionally entitled Burn, but this may well change nearer the time. This follows Jess as she moves back to London to start a new job as a journalist. She goes back to her old school to take part in a fundraising event, aiming to raise money to help the school recover after a fire. She bumps into an old boyfriend who left in a hurry ten years before. He has secrets and Jess uses her journalism skills to discover what they are and to try to help him to seek justice.

Hopefully around October we’ll be releasing one provisionally entitled Daisy Daze, though again I’m guessing this will change nearer the time. This follows the adventures of Daisy who runs a specialist boutique in London which specialises in sourcing romantic gifts. She had a teenage crush on her brother’s best friend but has spent the last ten years arguing with him. When her twin brother disappears from his secretive job working for the Government, they have to team up to try and find him.

I can’t write every day, some days I’m just not well enough so I try not to feel guilty and just write when I can. If you can write regularly that’s great, but if you can’t it doesn’t mean that you should give up.

Save and back everything up. Twice. Or more if you can.

Be persistent and don’t get put off by rejections. They may not mean that your writing isn’t good enough, just that you haven’t found the right home for it yet.

A little bit of both. I try to have a plan for the over view of the story as a whole and the end point that I want to get to, as well as some idea of the actions that need to happen to get there, but most of the detail within the chapters, and especially anything after the opening few chapters, becomes more clear as I go. I do like to have a really clear idea of the characters before I start though.

Honestly, I’m not really sure I’ve thought about this much yet. I started to write a lot when I was so ill after my initial bout of labrynthitis that I could hardly hold my head up. At that point it felt like a daydream that anything I wrote would ever live anywhere other than just on my laptop.

Winning the Heatseeker competition that S&S ran was incredible. That was one of the first times that I really felt like I might actually be able to make a go of being a writer more seriously.  Becoming part of the Ruby and Choc Lit families just felt like a dream come true too . I had no experience of publishing creative writing and no contacts in the publishing world and I couldn’t believe that two such amazing things could happen in such a short timescale.

Selling books and getting good reviews feels amazing, but just finishing a piece and feeling satisfied that I have made it as good as I possibly can feels like a success in its own right too. It’s really thrilling to feel like I can interact with the world despite having such limited energy and mobility. It makes me feel a lot less stuck when I’m at home so much. It’s hard to feel lonely when you have so many characters and stories in your head.

I often spend time looking at baby name pages on Google, trying to think of a name that I feel pairs well with the character that I have in my head.

I try to spend some time daydreaming and just letting scenes play in my head as though I were watching a movie. Also I try not to read back from the beginning every day so that I don’t spend all of my time looking backwards and not forwards, but sometimes reading it through helps me get back in the zone to see what needs to happen next.

I love writing dialogue but often have to go back afterwards and add extra detail to settings and background. And, my, commas, are never, in the, right place.

My ME causes me to have very limited energy and I’m prone to brain fog so some days I just can’t concentrate for long enough to write. On these days though I try to let myself rest so that hopefully it lifts a little. I can usually manage some social media time at least as my concentration can usually stretch to a few tweets so I just try to use the limited energy I have to do other useful things on those days instead.

Computer, definitely. My handwriting is so bad these days that my children have been known to cross out things I’ve written and write them again more neatly.

I’m not sure I could choose just one book. I’m not even sure I could choose one author, or one bookcase full of my favourite books. I love Janet Evanovich, Donna Andrews, Kathy Reichs, Harlan Coben, Robert Crais. And so, so many others. I hate making lists like this because I’m conscious of just how many amazing authors  I haven’t named and I’ll kick myself later for missing people off. These are authors I’d read and admired for years but I’ve been reading an increasing number of romance books since becoming ill nearly five years ago and falling in love with reading about falling in love.

By having a cup of herbal tea and curling up on the sofa with a good book or an episode of Doctor Who, Star Trek, Bake Off, Neighbours or something lovely and funny. Preferably with some chocolate too.

I love the taste of coffee but I’m really over sensitive to caffeine so it has to be mostly herbal tea for me these days with the odd cup of decaf for flavour.

I am a fussy eater but will drink anything that’s open. I’m not sure that says anything good about me, but my alcohol tolerance is so low that one glass usually does me fine.

Kitten ! If you have one that needs a home and can persuade my family that they want one too.

Blurb for It’s My Birthday

Karen could be excused for crying on her birthday, especially as it’s the first one since her husband got on a plane to the States and never came back. Then there’s the fact that her workmates were practically bribed to attend her birthday meal. But when a restaurant double booking leads to her sharing a table with single dad Elliot and his daughter, things start looking up.
As Karen gets to know Elliot she experiences feelings she thought she’d never have again. But is it enough? Or will the thing that destroyed Karen’s previous relationship also ruin things with Elliot?

Hannah Pearl was born in East London. She is married with two children and now lives in Cambridge.

She has previously worked as a Criminology researcher, as a Development Worker with various charities and even pulled a few pints in her time.

In 2015 she was struck down by Labrynthitis, which left her feeling dizzy and virtually housebound. She has since been diagnosed with ME. Reading has allowed Hannah to escape from the reality of feeling ill. She read upwards of three hundred books during the first year of her illness. When her burgeoning eReader addiction grew to be too expensive, she decided to have a go at writing. In 2017 she won Simon and Schuster’s Books and the City #heatseeker short story competition, in partnership with Heat magazine, for her short story The Last Good Day.

Hannah is a member of the Romantic Novelists Association.

Thanks so much for joining us, Hannah! Her book is available using the link below: https://amzn.to/2OevAJ6 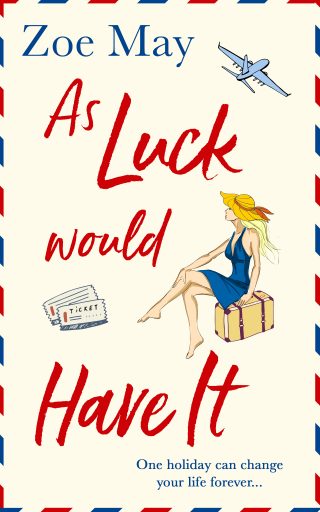